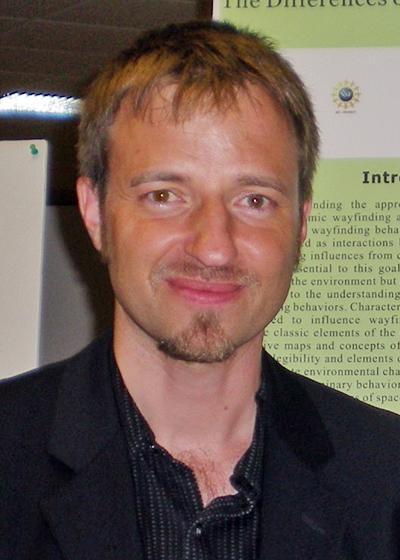 Alex is Professor of Geography at the Department of Geography at The Pennsylvania State University. He is the Gosnell Senior Faculty Scholar and TLT Fellow. He holds an affiliate position at Information Science and Technology at Penn State and is an Associate of the Institute of CyberScience. He is also founder of ChoroPhronesis – Applied Spatial Intelligence.

Before Alex came to Penn State he worked as a Postdoctoral Research Associate at the CRC for Spatial Information, Geomatics Department, and was a founder member of the Spatial Information Science Research Group, The University of Melbourne. He also spent time at theGeography Department and Cognitive Science Emphasis at the University of California,Santa Barbara. Alex received his Ph.D. in Informatics and Mathematics from the University of Bremen, co-authored the project MapSpace which was part of the Transregional Collaborative Research Centre for Spatial Cognition and worked in the AspectMap project (Spatial Cognition Priority Program, German Science Foundation). He started his Ph.D. studies in Hamburg at the Graduate Program for Cognitive Science. A very long time ago he received a masters in Applied Physical Geography from the University of Trier, Germany.