They say if you don’t like the weather, just wait awhile. But how long you wait may depend on your location — the weather changes much faster and more violently in some geographic areas compared to others, which can mean that current weather prediction models may be slow and inefficient.

In a study, the researchers used an AI model based on natural selection to find areas of the continental United States where temperature changes are harder to predict and variable, so that computational resources can be focused there, rather than places were the weather is less apt to change. The resulting temperature prediction algorithm was equal to or better than the current model, but used less computational power.

According to Guido Cervone, professor of geography, meteorology and atmospheric science, Penn State and co-hire and associate director of the Institute for CyberScience, which provides Penn State researchers access to supercomputing resources, the study could lead to a solution to developing more accurate short-term forecasts, one of meteorology’s trickiest problems. 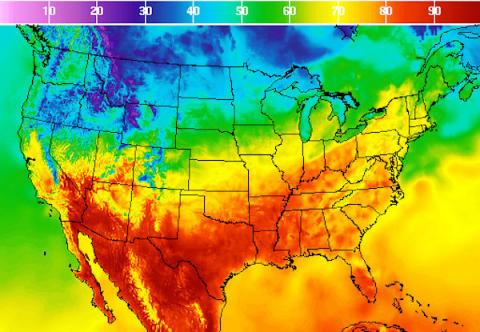