s Hurricane Dorian made landfall on Grand Bahama Island in 2019 and bushfires engulfed Australia in 2020, emergency teams were busy creating plans to best respond and provide relief to those affected by the disasters.

Many homes in the Bahamas were destroyed, displacing tens of thousands of people, and extreme flooding washed out roadways, covered the coastlines and shut down a major airport. More than 11 million hectares of Australian land burned for days, destroying over 2,000 homes and forcing thousands of residents to evacuate as the bushfires quickly spread and suffocated areas in thick black smoke.

During both disasters and their subsequent aftermath, federal, state and local emergency management teams devised their relief and recovery plans using geospatial intelligence: satellite imagery of the Earth that is analyzed to track both natural and human movements over space and time. 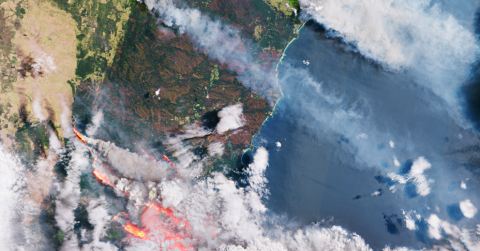