Homeless female veterans: Out of sight, out of mind

Female veterans are the fastest growing demographic among the homeless population in the United States and face a double hurdle of distance and invisibility in getting the health services they need from the U.S. Department of Veterans Affairs, according to research conducted by Penn State graduate student and U.S. Air Force veteran Elizabeth Elsea.

Elsea conducted a geospatial analysis of veterans for final project for her master of professional studies in homeland security (geospatial intelligence option). Her analysis showed that VA services, originally established in locations meant to support a nation of young men drafted to fight two world wars, are no longer optimally situated to serve a shifting veteran population and female veterans specifically. 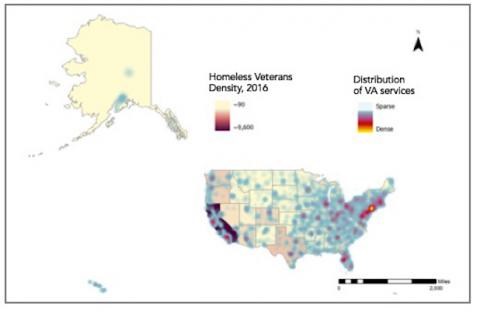