Native forests make up 1 percent of the landscape in South Africa but could play a key role in reducing atmospheric carbon and identifying sustainable development practices that can be used globally to counter climate change, according to a Penn State researcher.

"As we think about pathways for reducing atmospheric carbon dioxide concentrations, one of the available approaches is to use the natural world as a sponge," said Erica Smithwick, professor of geography and director of the Center for Landscape Dynamics at Penn State.

The challenge, according to Smithwick, is to use forests to store carbon while also meeting local community needs. As trees grow, they absorb and store carbon through photosynthesis. Carbon makes up about half of a tree's mass, but amounts vary by species. To find its carbon stock, scientists use equations based on the tree's diameter and other variables, like height and wood density, rather than cutting down and weighing each species. 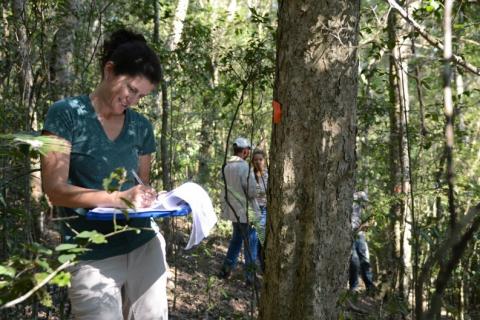