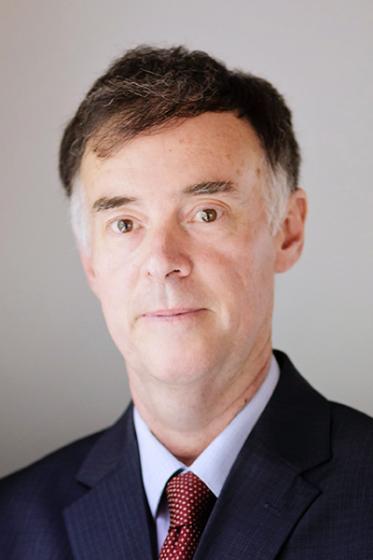 Karl is professor of Environment and Society Geography, directs the GeoSyntheSES Lab, and is cross-appointed in Rural Sociology and the Ecology Program. He currently co-leads the Urban-Rural Linkages and Food Biodiversity Workshop at SESYNC. Karl’s research and teaching are focused on the transformative resilience and sustainability of land use and food systems and the support of marginalized social groups and food biodiversity. He uses agrobiodiversity models, spatial landscape designs, and cultural, socioeconomic, and historical analysis. Karl is currently researching the sustainability and social justice issues of smallholders and food biodiversity amid intersectional global and local environmental, social, and economic changes (climate change, urbanization, globalization), landscape and network analysis, and local and indigenous territorial initiatives. His projects are concentrated in Latin America in addition to the U.S., Europe, Africa, and Asia.

Karl has authored over 110 articles that appear in Ecology and Society (2014, 2018), Nature and Nature Plants (1995, 2017), ReVista: Harvard Review of Latin America (2016, 2017, 2018), Annals of the American Association of Geographers (1991, 1994, 2000, 2010, 2011, 2017), Proceedings of the National Academy of Science (2013), Landscape & Urban Planning (2015), Environmental Sustainability (2015, 2018), and Proceedings of the Modern Language Association (2012). Karl’s 7 books include Agrobiodiversity: Integrating Knowledge for a Sustainable Future, Changing Fortunes: Biodiversity and Peasant Livelihoods in the Peruvian Andes, Globalization and New Geographies of Conservation, and Political Ecology. Karl is the current and past recipient of research grants and fellowships from the National Science Foundation (3 programs), Fulbright, Harvard, Yale, and the Rockefeller and Guggenheim Foundations among others. Karl and his research have received the recognition of elected AAAS fellow, Penn State’s Medal for Outstanding Research in the Social Sciences, and awards from the American Geographical Society and the sub-groups on Latin America, Biogeography, and Cultural and Political Ecology of the Association of American Geographers.

Karl teaches undergraduate courses and graduate seminars on the geographic and human-environment analysis of food, the environment, and society.  He has served as the head of the Department of Geography at Penn State (2007-2014), the department chair at UW-Madison, and as member and chair of a wide range of national and international groups. Karl served as the editor of the Nature-Society section of the Annals of the American Association of Geographers from 2004 to 2012.