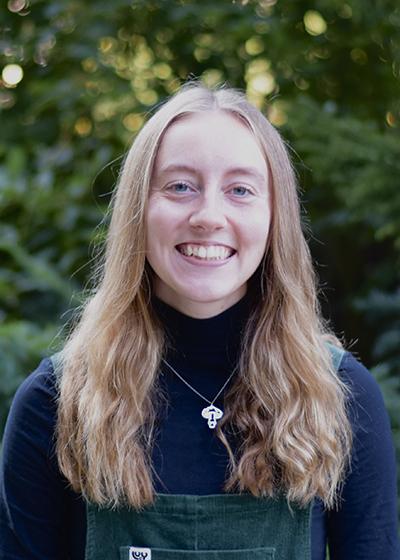 My name is Lily Houtman and I am a first year master's student in the Department of Geography at Penn State. My research is primarily in cartography, and my advisor is Anthony Robinson. Specifically, I am interested in the intersections of cartography with data journalism. As more people transition to reading news stories primarily on their phones, rather than on desktop or on paper, I am interested in both the design of interactive mobile maps for news stories by cartographers and data journalists as well as qualitative and quantitative feedback from users who read these stories and interact with these maps.

In addition to my primary research interests, I also look to incorporate cartography into other subfields of geography. I am interested in the intersections of queer+trans theory and human geography with cartography. Specifically, I am interested in how queer experiences may require different mapping methodologies, considering ideas such as queer experiences of time and issues in record keeping/historical data. I am also broadly interested in science communication and bringing best practices of cartography to other fields, including subfields within geography such as physical geography.

Before attending Penn State, I received a B.S. in cartography/GIS from the University of Wisconsin-Madison. There, I conducted a senior honors thesis titled "Mapping Presidential Elections: An Empirical Analysis of Effective Design Techniques." I also worked as a map production assistant for the UW Cartography Lab and worked on three major academic projects: a study on the role of interactivity in story maps, a set of open-source tutorials to teach basics of cartography, and a workbook to teach web mapping and interactive cartography.