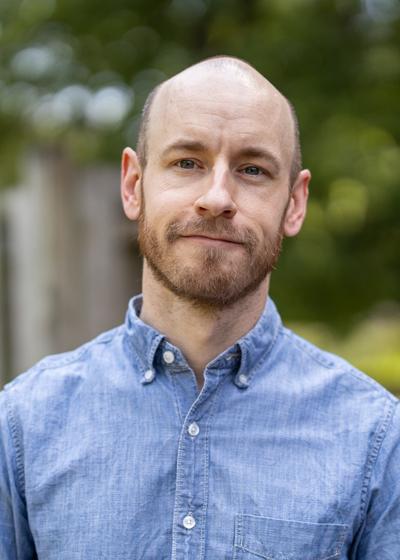 Luke Trusel is an Earth system geographer whose research focuses on understanding the impacts of climate variability and change on the Antarctic and Greenland ice sheets. Motivated by the potentially profound consequences of cryospheric change, Dr. Trusel’s work seeks to better understand how the ice sheets are responding, and will continue to respond, to ongoing climate change.

His work focuses on assessing ice sheet surface mass balance and hydrological processes and seeking to advance the understanding of high latitude environments as coupled ice-ocean-atmosphere systems. This research takes an interdisciplinary approach while combining remotely sensed observations, ice core-derived climate records, and output from regional and global climate models. These efforts are aimed at generating distinct, yet complementary perspectives into spatially-extensive processes today, but with a critical temporal perspective bridging the past and the future. His recent research demonstrates that Greenland ice sheet melting has accelerated in response to Industrial-era warming, reaching intensities that are unprecedented for centuries or millennia, and that atmospheric warming over this century may threaten the viability of Antarctica’s fringing ice shelves.

Dr. Trusel’s research is currently funded through grants from the National Science Foundation (NSF) Antarctic Glaciology Program and the National Aeronautics and Space Administration (NASA) Cryospheric Sciences program. His work has been published in leading, interdisciplinary research journals, including Nature, Nature Geoscience, and Nature Climate Change, and has been featured in prominent media outlets including The New York Times, The Washington Post, The Guardian, and National Geographic.

Before joining Penn State Geography, Dr. Trusel served a fulfilling three years as an assistant professor in the School of Earth & Environment at Rowan University and as a Postdoctoral Scholar in Geology & Geophysics at Woods Hole Oceanographic Institution while working closely with Dr. Sarah Das. He earned his PhD in Geography from Clark University in 2014, where he was a NASA Earth and Space Science Fellow under the mentorship of Dr. Karen Frey.