Note: This talk is available live and in-person only.  There will be no webcast and no recording.

My academic and professional path began in geography and (at mid-career) has settled in the design fields of urban planning and historic preservation.  This talk draws on work from two different points in my career: research begun in the early 1990s on the urban history of NYC at the turn of the 20th century, very much inspired and informed by the mentorship of Deryck Holdsworth; and work (ongoing since 2014) on the conservation and interpretation of Rwandan genocide memorials.  The links between these projects center on interpreting and practicing historic preservation and urban design as cultural and social practices.  These, and my other scholarly and professional projects, continue to be informed by the basic insights about societies and built environments I learned first in cultural and historical geography. 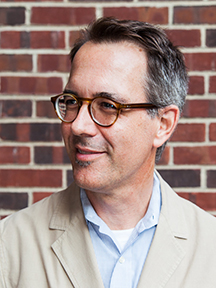 His education includes a Ph.D. from Columbia University (urban planning/urban history), M.S. from Pennsylvania State University (geography), and B.A. from Bucknell (geography).  He worked previously at the Getty Conservation Institute, University of Maryland and Rhode Island School of Design, and was the recipient of the 2012-13 National Endowment for the Arts Rome Prize.