In 2013, the School District of Philadelphia, under the state-run School Reform Commission, recommended closing 32 public schools following a report by a no-bid consultant. Following significant resistance by a number of education advocates, only 23 schools were closed.  However, most were in Black and Latinx neighborhoods, eradicating another source of community stability in an increasingly inequitable city.   In May 2019, the SDP announced they would again have a comprehensive planning process, this time in response to the city’s growing population and school enrollment.  Much has changed between the two planning processes: the school board is no longer under state control; the consultants hired for the planning process were hired through a competitive bidding process; and the increasing transparency and multi-year timeline of this process allows for increased participation and intervention by community stakeholders. However, the process remains extremely exclusionary and technocratic: the goals are to maximize facility utilization while creating thoughtful transitions for students.  Long-term educational and spatial justice issues of racial segregation, cognitive and lingual discrimination, school funding inequity, and environmental justice through lead and asbestos remediation are not addressed.

Issues of spatial justice and educational justice overlap in that they privilege the perspectives and interests of those who have been historically marginalized by spatial and educational processes.  This talk will discuss how a multitude of interests -  parent groups, community groups, immigrant groups, student activists, environmental justice groups, teachers and paraprofessionals, urban planners and education reformers - are mobilizing across and within school borders (catchment areas) to achieve these just aims. Using a participatory action research design, this talk will discuss preliminary findings of how different approaches to achieving just aims are received by those in power. 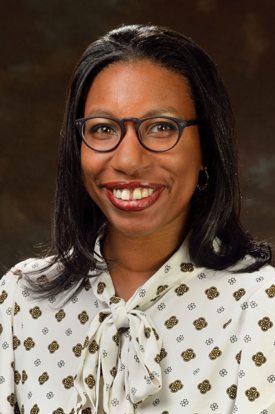 Akira Drake Rodriguez is a Joint Lecturer at the University of Pennsylvania’s Weitzman School of Design and School of Social Policy & Practice.  She has a Ph.D. from the Bloustein School at Rutgers University, an M.P.A. from the Fels Institute of the University of Pennsylvania, and a B.S. from the Wharton School at the University of Pennsylvania.  Her research examines the politics of urban planning, or the ways that disenfranchised groups re-appropriate their marginalized spaces in the city to gain access to and sustain urban political power. Using an interdisciplinary and multiple method approach, her research engages scholarship in urban studies, political science, urban history, black feminist studies, community development, urban policy, and critical geography using both qualitative and quantitative data and methods. Dr. Rodriguez has a book under contract on the political history of public housing tenant associations in Atlanta, expected in Winter 2021.