Figure 7. (a) Lake Niels and Lake Julian, shown on May 14th, 2019 using Sentinel-2 imagery as described in the Data section. (b) GIMP-2 DEMP shown at same location with contours shown at 10m intervals.

Extreme Events on the Antarctic and Greenland Ice Sheets

Sea level change is partly determined by the balance between precipitation and surface melt and subsequent meltwater runoff on the Greenland and Antarctic Ice Sheets. Both ice sheet precipitation and melt occur relatively infrequently, but extreme events can have a disproportionate impact on the ice sheet system. In this talk I will highlight three different extreme phenomena and their impact, which I have studied using a combination of climate modeling and remote sensing. Within this context, I’ll be discussing a strong winter melt event on the Larsen C ice shelf produced by foehn winds in 2016, monitoring supraglacial lakes over the Greenland ice sheet during an extreme melt event in 2019 and modeling extreme precipitation events over Antarctica in the historical record. 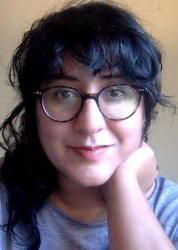 Dr. Rajashree (Tri) Datta is a Research Associate in the Ice Sheets and Climate Group at ATOC, CU Boulder, formerly a postdoctoral researcher at NASA Goddard, and received her PhD from the City University of New York in 2018. Dr. Datta’s research has focused on extreme precipitation and surface melt events on ice sheets, using both earth systems and regional models as well as novel satellite-based methods. Currently, she is working on variable-resolution earth systems modeling of Antarctica, investigating the relationship between sea ice variability and characteristics of Antarctic precipitation events.