The Miller Lecture (Coffee Hour) Out of Africa: Food Legacies of Atlantic Slavery in the Americas

Out of Africa: Food Legacies of Atlantic Slavery in the Americas

A striking feature of plantation era history is the number of first-person accounts that credit the enslaved with the introduction of specific foods, all previously grown in Africa. This lecture lends support to these observations by identifying the crops that European witnesses attributed to slave agency and by engaging the ways that African subsistence staples arrived, and became established, in the Americas. In emphasizing the African components of the Columbian Exchange, the discussion draws attention to the significance of the continent’s food crops as a crucial underpinning of the transatlantic commerce in human beings, the slave ship as a means of conveying African crops to the Americas, and the enslaved as active participants in establishing African foodstaples on their subsistence plots 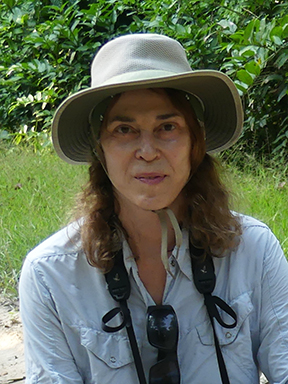 Judith Carney is professor of geography at UCLA and conducts research in sub-Saharan Africa and Latin America. Her research examines gender and food security in African agroecological change, and African contributions to New World environmental history. She has authored numerous research articles and two award-winning books: Black Rice: The African Origins of Rice Cultivation in the Americas (Harvard University Press, 2001), which received the Melville Herskovits Book Award. In the Shadow of Slavery: Africa’s Botanical Legacy in the Atlantic World (University of California Press, 2009), was awarded the Frederick Douglass Book Prize. Elected to the American Academy of Arts and Sciences in 2017, she was made a fellow of the American Association of Geographers (AAG) in 2018. Other professional recognition includes the AAG's Distinguished Scholarship Honor, the Netting Award for bridging geography and anthropology, and the Sauer Distinguished Scholarship Award. Her research has been supported by the National Geographic Society, the John Simon Guggenheim Memorial Foundation, the American Council of Learned Societies, the Rockefeller Foundation, the Wenner-Gren Foundation, and the Rachel Carson Center for Environment and Society.