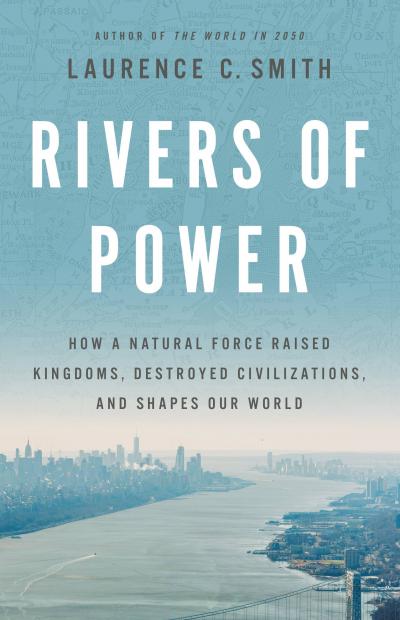 This talk will explore some of the many ways that humans have used rivers over time, and how we continue to do so today. Since our earliest cities established along the Tigris-Euphrates, Indus, Nile, and Yellow Rivers, anthropogenic use of rivers has changed over time and varied by region.  Yet their critical importance has persisted because they provide five fundamental benefits: access, natural capital, territory, well-being, and a means of projecting power. The manifestations of these benefits have changed, but societal demands for them have not.

The Nile once supplied natural capital to Egypt’s Pharaonic dynasties in the form of floodwaters and silt. It does so today in the form of electricity, water supply, and high-value riverfront real estate in downtown Cairo.Meanwhile, Ethiopia, an upstream riparian, is flexing newfound political power through its dogged construction of the Grand Ethiopian Renaissance Dam across the Blue Nile, the Nile’s most significant tributary and headwater. The Hudson once provided the Lenape with fish, settlers with a portal into the continent, and industrialists a manufacturing corridor.  Today, deindustrialization of its banks is spurring construction of new waterfront parks and bike trails to benefit public well-being.  The particulars change, but the five overarching benefits endure.

Laurence C. Smith is the John Atwater and Diana Nelson University Professor of Environmental Studies and Professor of Earth, Environmental and Planetary Sciences (DEEPS) at Brown University.  Previously, he was Professor and Chair of Geography at UCLA.  His research interests include the Arctic, water resources, and remote sensing technologies.  He has published over 100 peer-reviewed articles, essays and books including in the journals Science, Nature, and PNAS, and won more than $16M in research funding from NASA and the National Science Foundation. He is a Guggenheim Fellow and Fellow of the American Geophysical Union (AGU). His research appears prominently in Assessment Reports of the United Nations' Intergovernmental Panel on Climate Change (IPCC) and has received coverage in The New York Times, The Wall Street Journal, The Economist, The Los Angeles Times, The Washington Post, The Globe and Mail, The Financial Times, Discover Magazine, NPR,CBC Radio, BBC and others.  He is a frequent invited speaker for the World Economic Forum in Davos.

His general-audience book THE WORLD IN 2050: Four Forces Shaping Civilization's Northern Future, synthesizing cross-cutting trends in natural resource demand, demographics, globalization, and climate change with emphasis on northern countries was winner of the Walter P. Kistler Book Award and a NATURE Editor's Pick of 2012. His second book, RIVERS OF POWER about rivers and civilization was published in 2020.

The Department of Geography Miller Lecture Series is designed to bring eminent geographers to Penn State and is a gift to the department from the late E. Willard and Ruby S. Miller. E. W. Miller was a professor of geography, department head, and associate dean emeritus in the College of Earth and Mineral Sciences.