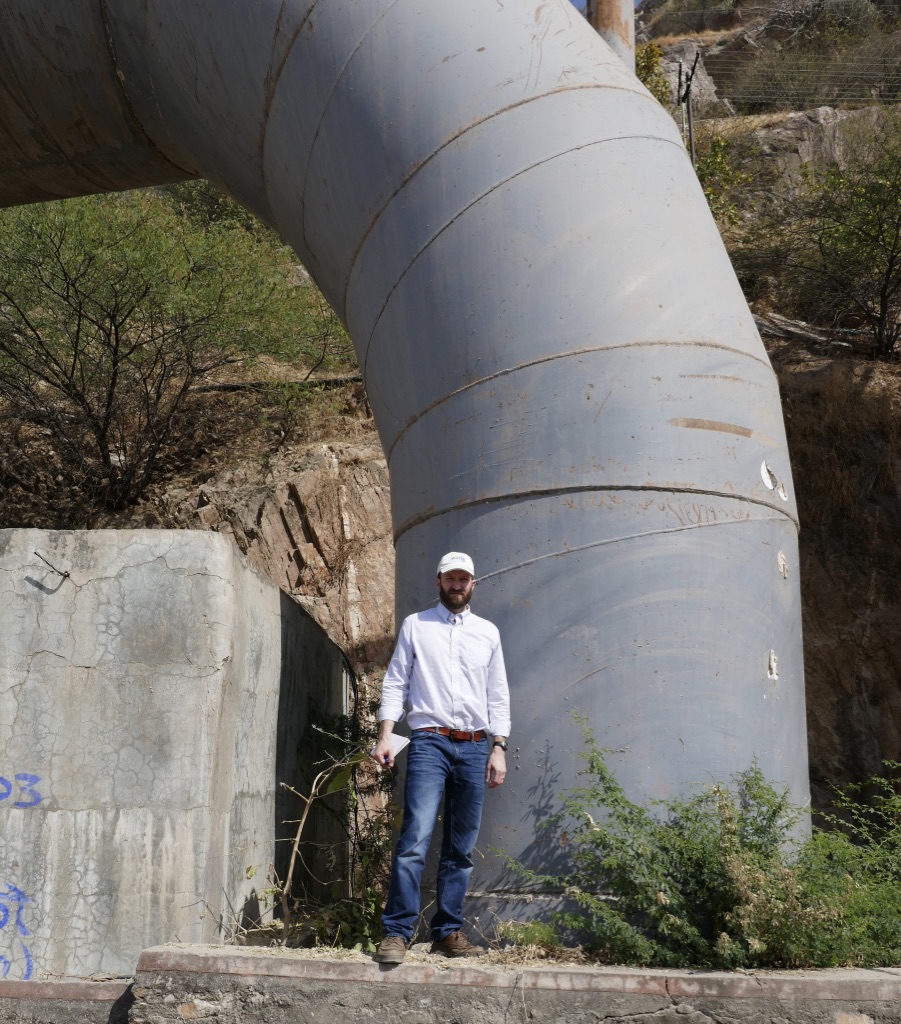 Trevor Birkenholtz joined the Department of Geography in summer 2019 as an associate professor of geography. He is a political ecologist and development geographer with regional interests in South Asia and the United States, empirical interests in water development, and methodological expertise in mixed methods field research.

Birkenholtz’s interests in water and human rights and his engaged scholarship approach formed during his early work experiences.

Birkenholtz began his career as a machinist in central Iowa after earning an associate degree in machine technology. But the low pay and working conditions there “sparked my curiosity in labor rights, health, and the environment,” he said. So, he decided to go back to college to study geography at the University of Iowa.

“Geography was the place to be for students who were interested in environmental issues. I took two courses in geography my first semester. In one of them, the United States Geological Survey (USGS) was advertising for a hydrologist trainee. I applied immediately and I was hired, given my previous training and experience as a machinist, which requires precision work,” Birkenholtz said.

“I might have stayed with the USGS after graduation, but in the late 1990s the federal government was under a hiring freeze, so I was out the door,” he said.

However, that work experience led to his interests in the politics of water and science.

“Now, I ask questions about apparently unintended outcomes in environmental policymaking or technological solutions to environmental problems,” Birkenholtz said. “I try to understand why they lead to certain outcomes, and then, how academics, policymakers, engineers, and the public might work together to craft better solutions.”

One example is his research on drip irrigation, a water conservation technology that ironically doesn’t always lead to water savings and often exacerbates social disparities.

Birkenholtz wondered why that was happening and is now investigating the conservation properties and labor dynamics of drip irrigation in Rajasthan and Karnataka, India, using funding from a Fulbright-Nehru Academic and Professional Excellence award.

“Thus far, I am finding that the drip irrigation dilemma has to do with how the new technology mixes with preexisting water-use rules as well as ongoing processes of social differentiation,” Birkenholtz said.

He first visited India in 2001 as a graduate student with his mentor Paul Robbins, formerly at the Ohio State University.

“I am fascinated by the complexity of the place and the innovativeness of the people there. It is a place of makers, where my experiences as a machinist and with farming continue to inform my work on agrarian technology and innovation,” Birkenholtz said.

Another one of his research projects looks at the “seemingly contradictory problem of water scarcity that many Great Lakes near-coastal communities are facing,” said Birkenholtz. He is working with groundwater hydrogeologists and modelers to develop future water supply scenarios by creating interactive groundwater models that engage community stakeholders.

From his fieldwork and engagement with local stakeholders in a variety of contexts, Birkenholtz has come to perceive that the biggest threat to a safe and sufficient water supply for all is not scarcity, but our current political economic system, as well as the global underfunding and rollback of environmental institutions and regulations.

“Most people in most places are in favor of tighter rules around water protection and management,” Birkenholtz said. “Yet we don’t get them very often or without protest, given the influence of big capital on environmental politics. Fortunately, there are many committed people around the world who are working to reverse this trend.”

“I’m looking forward to working with students who share my interests in examining the politics of the environment, but who also challenge me to go in new directions,” Birkenholtz said. “Overall, our research collective believes in empirically-grounded and theoretically-informed muddy boots fieldwork.”