Select the "more info" link to keep up with the latest from Penn State about the global coronavirus outbreak. MORE INFO >

Whither ice sheets in a warmer world? 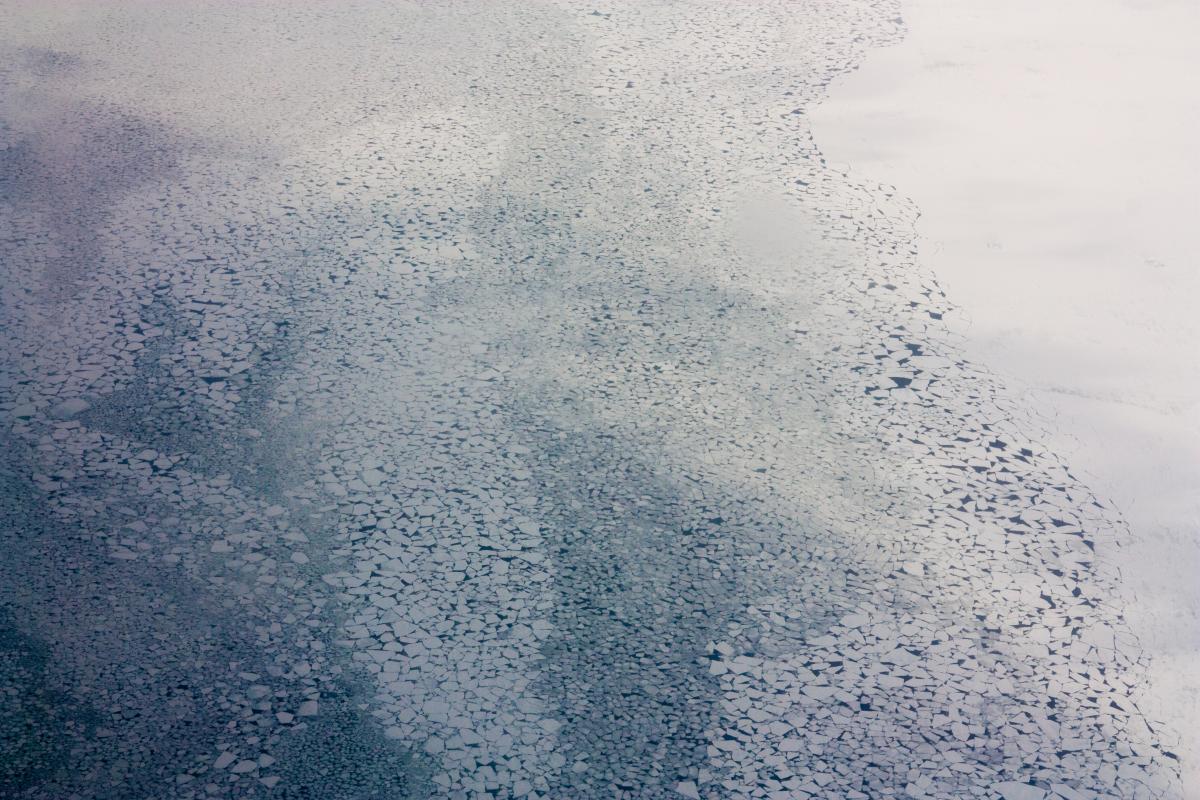 Luke Trusel joined the Department of Geography in summer 2019 as an assistant professor. He is an Earth system geographer whose research focuses on understanding the impacts of climate variability and change on the Antarctic and Greenland ice sheets.

Trusel’s interests in ice and climate galvanized when, as undergraduate student, he went on a research expedition to the Arctic archipelago of Svalbard to study glacial change and ice-ocean interactions. “It was a transformative experience for me,” he said.

In the most basic sense, ice sheets melt when the atmosphere and oceans warm. Trusel said, however, many important questions remain about the relationship between ice and climate.

“The big uncertainty is how much ice melts and how quickly,” Trusel said “These are central motivating questions to my research and those of the cryospheric community. Earth’s cryosphere involves a complex system of interactions and feedbacks among the ice, oceans, atmosphere, and people. By better understanding the processes surrounding ice melt and how the ice has already begun to respond, we can better prepare for a warmer world with less ice and higher seas.”

What is happening in the polar regions has global implications, he said.

“Many perceive the poles as being remote, and indeed they are, but what happens there matters here, for us in Pennsylvania and for others across the globe,” Trusel said. “From sea level rise, to amplifying climate change through feedbacks, to changing the atmospheric circulation that impacts our weather and climate, the polar regions and ice sheets matter to us and everyone else on this planet.”

A common misconception is that ice sheet change is slow, occurring only over geologic time scales, Trusel said.

“But we know now that ice sheets have the ability to change on time scales that are relevant to us,” he said. “These changes are underway, and they can be abrupt, in part due to nonlinear responses to climate change. And when ice sheets change, they don’t do so in isolation, but rather with cascading consequences and the potential to disrupt global climate.”

Trusel is investigating questions related to how quickly the ice sheets will respond to climate change over the coming decades.

“Because melting will accelerate in a warming climate, there are many areas of science working to address this big question,” he said. “The one I work most closely with is assessing changes to ice sheet surface mass balance, which is the balance between snow accumulation and ice melt. There are fundamental—and surprisingly simple—questions we still have, such as how much melt water is being produced on the ice sheets? Where is the water going? How does water impact ice dynamics and stability?”

Trusel is taking a holistic approach to answering those questions by combining different approaches for collecting data; satellite observations, ice cores, and climate models. By combing methods, he can harness the inherent strengths of each while overcoming their limitations.

“Satellite data provide an incredible means to observe and quantify ice sheet change today, but offer a limited temporal perspective as they provide at most around forty years of observations,” he said.  “Ice cores, on the other hand, represent our best means to understand ice sheet change over long time periods, but cores provide a limited spatial perspective as they’re point observations on the ground. By combining these methods to better understand how the ice sheets have changed over recent centuries and how they are changing today, we can evaluate and build better models of how the ice sheets will respond to future climate.”

Trusel is currently involved in two projects, funded by the National Science Foundation and NASA, that use satellite remote sensing to quantify current ice sheet melt in Antarctica.

“Harnessing these observations, as well as climate model sensitivity experiments, colleagues at the University of Colorado and the University of Maryland and I are working to better quantify linkages between ice sheet surface mass change, atmospheric circulation, and ocean surface change in Antarctica,” Trusel said.

Trusel said he is hoping in the next few years to collect additional ice cores from coastal West Antarctica to generate longer-term records of ice melt and the response of the cryosphere to climate variability. He’s looking for students “with innate curiosity, motivation, and interest in applying themselves to solve big-picture problems related to ice and climate.”

“Scientifically, and as a citizen of this planet, I am most concerned about the potential for tipping points and abrupt change to the ice sheets and climate system,” Trusel said. “We know that the ice sheets are dynamic and have the ability to change rapidly. And in recent decades, we’ve observed rapid change including ice shelf collapse, glacier acceleration, thinning, and retreat, and accelerating ice mass loss in Antarctica in Greenland. These places more sensitive to warming today than fifty years ago, and they will be more sensitive fifty years from now than they are today.”