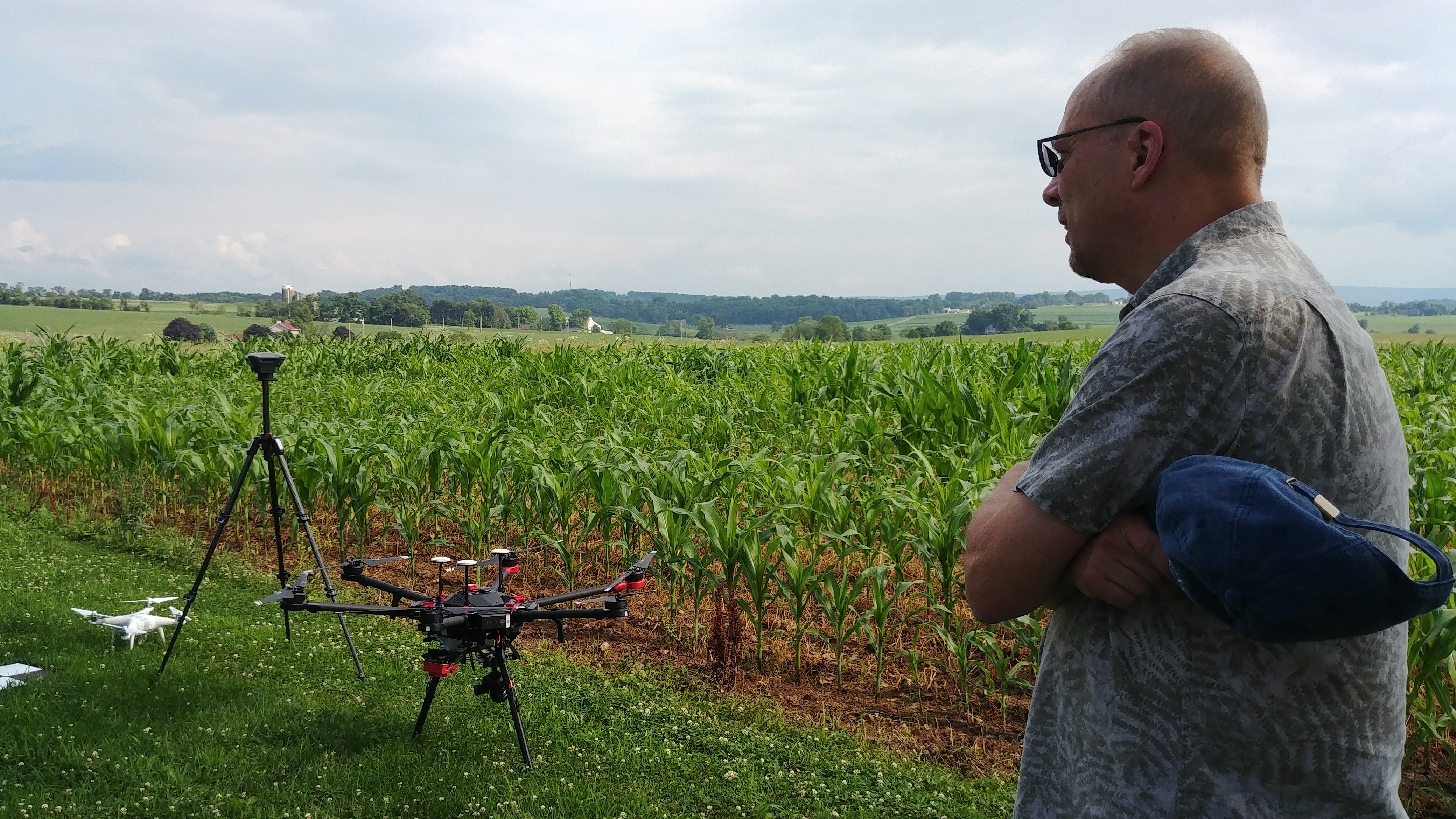 UNIVERSITY PARK, Pa. — Douglas Miller, who earned three degrees from Penn State; worked as a research assistant, research associate and professor in two colleges; and created and led the Center for Environmental Informatics for 20 years, retired in July and was granted emeritus status.

Miller first started working at Penn State as a work-study student in the Office for Remote Sensing of Earth Resources in 1978. While in graduate school he continued working with ORSER, a center within the Environmental Resources Research Institute, the forerunner to the Institutes of Energy and the Environment (IEE), as a research assistant until he received his doctorate in soil science in 1999.

“I feel like the luckiest person alive to have had the kind of support and mentoring that I have received at Penn State over the past 44 years,” Miller said. “I’ve worked in two different colleges, three academic departments, two institutes, and had offices in nine different building on campus. I have enjoyed it immensely.”

Miller said that two achievements stand out as highlights in his career. The first was the opportunity to develop what became the Center for Environmental Informatics.

“In 2001, I was given the chance by Dr. [Eric] Barron and Dean John Dutton to start an outreach center in the College of Earth and Mineral Sciences’ Environment Institute,” Miller said. “That became the Center for Environmental Informatics, now part of the Earth and Environmental Systems Institute, and is still doing well more than 21 years later.”

Then around 2003, Miller had the second highlight of his career. He had the opportunity to help build the new online professional master’s program, the MGIS, developed by the John A. Dutton e-Education Institute and delivered via Penn State World Campus.

“Seventeen years and more than 500 graduates later, we remain one of the very best online programs in the world,” Miller said. “It’s been an absolutely fantastic experience to work with colleagues from both of these groups.”

Miller said he has always thought of himself as a broadly trained Earth scientist who leverages geospatial technology to understand the Earth system.

“While my first love is geomorphology, I’ve lately begun to refer to myself as a ‘landscape scientist’ because soils, geology, topography, vegetation and climate are inextricably linked in the landscape,” Miller said. “Understanding how humans interact with those components is a key to being able to manage our planetary future.”

Miller said his 40-plus year career at Penn State was also shaped by changing technology.

“I’ve seen the infusion of technology into every facet of our daily experience as researchers and instructors — from the introduction of the personal computer to now using unmanned aircraft systems (UAS), commonly known as drones,” he said.

Those interests also led Miller to form the Mobile Geospatial Systems Group, whose members use drones to image the land surface for a variety of ecosystem management applications.

“We were among the first in the University to get started with UAS and helped to develop the University’s safety protocols,” he said.

Alongside the technology, Miller said he has also observed the growth of the student population and bureaucracy at the University.

“Penn State now has nearly twice the number of students than when I was a freshman in 1977,” Miller said.

Research and engaging with colleagues and mentoring graduate students are the things Miller said he will miss.

“Doug is probably the most influential and best mentor I have ever had,” said Nooreen Meghani, who worked at the Center for Environmental Informatics. “He recognized very early on my passion for teaching and learning and invited me to be a part of his research group where I got to learn about remote sensing, lidar and all kinds of GPS units. Doug encouraged me to learn to fly drones and get my remote pilot license. Working for and with Doug allowed me to recognize a passion that is shaping my life — I've gone back to school for my Ph.D., something I don't think I would have done without Doug's encouragement and trust.”

Miller said in retirement he plans to learn to fly-fish, travel and spend time with his grandchildren.

“I’ve been here at Penn State almost continuously for nearly 44 years,” Miller said. “I’ve been a faculty member for over half my life and, while I’m still in relatively good shape, I want to spend time with my family, travel, and just enjoy life.”