There is a backstory to this map. Between 27 November and 5 December of 2012, several hundred clerks at the Ports of Los Angeles and Long Beach went on strike. Port clerks are responsible for managing the transition of cargo between logistics networks and are essential to the operation of the ports. They also belonged to the International Longshore and Warehouse Union, so the rest of the 10,000 workers at the ports refused to cross the picket line in solidarity with the strikers, effectively shutting down the ports. During a typical day at either one of the ports (which are directly adjacent to each other), only one or two ships sit at anchor waiting to enter the harbour. During the strike, thirteen ships were at anchor at one time, together holding about $650m in cargo, with some waiting several days to unload. The clerks eventually emerged victorious, securing a better contract and assurance that the ports would not outsource their jobs. But it is the time during the work stoppage that my map concerns.

Mapping an immobile object may sound like a simple task. And it is. For the vast majority of their history, maps have, by and large, been static documents. Even dynamic maps usually rely on the assumption that whatever they are representing will remain in a particular state for however long the map is meant to be useful. And yet there is no shortage of maps that represent, suggest, encourage or propose movement. We are familiar with the visual forms that have been used to represent it: lines, arrows, colour gradients and sequences of dashes. Immobile objects (not moving but not necessarily unmovable) also take particular visual forms, typically as discrete shapes, pictograms or labels. But these represent the objects rather than their immobility. So, what is the visual form of immobility? What does the character, duration or intensity of immobility look like? What can we learn from attending to the visualisation of immobility? I begin to explore these questions with the map presented here, and in this essay to accompany it. 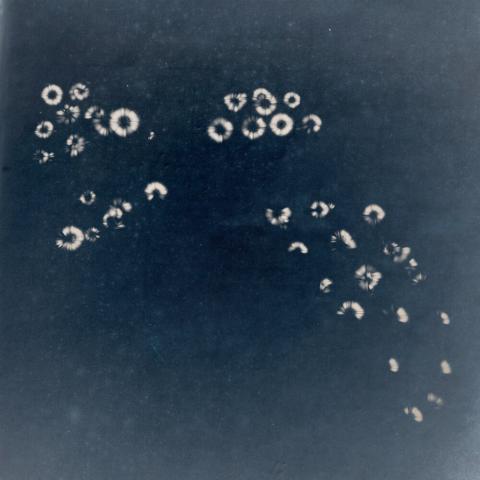