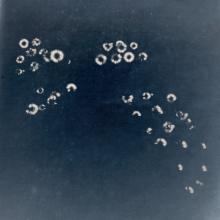 There is a backstory to this map. Between 27 November and 5 December of 2012, several hundred clerks at the Ports of Los Angeles and Long Beach went on strike. Port clerks are responsible for managing the transition of cargo between logistics networks and are essential to the operation of the ports. They also belonged to the International Longshore and Warehouse Union, so the rest of the 10,000 workers at the ports refused to cross the picket line in solidarity with the strikers, effectively shutting down the ports.

UNIVERSITY PARK, Pa. — It took a global pandemic to convince many of something Mike Hermann has long known: We are surrounded by some amazing outdoor attractions.

Hermann, founder of the adventure map company Purple Lizard and a 1995 Penn State geography alumnus, said he founded the company after attending the University and realizing how little people knew about the area that surrounds them. Since 1997, he’s parlayed his love of geography and outdoor landscapes into his business venture.

If you have consulted or created a map using GIS software, chances are you have encountered Cynthia Brewer's influence without being aware of it. In recognition of her contributions to the field of cartography, Brewer, who is professor and head of the Penn State Department of Geography, was awarded the O. M. Miller Cartographic Medal by the American Geographical Society at the 2019 Fall Symposium.

“I was surprised to receive this honor,” Brewer said, “and appreciative of the opportunity at the symposium to spend time with leaders in geography.”

When fans are tailgating before a Penn State home football game, they are standing on an invisible safety grid that helps first responders to pinpoint any location within more than 1,900 acres of pastures and paved lots.